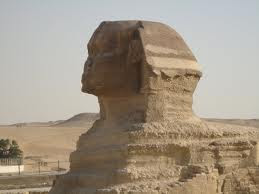 The ancient sages--men like Abraham, Zarathustra, Socrates, Jeremiah, Confucius, Buddha, Jesus--all recognized that human existence was more than just physical; that man possesses a spiritual nature, a transcendent consciousness that comprises the essence of his being. They dedicated themselves to exploring the depths of the inner man, and their teachings reflected what they found to be true in regards to the human heart and mind. They eschewed the material world and sought a “higher plane” of consciousness and experience. They were not concerned with founding a new religion, but with the state-of-being of the inner man. They committed themselves to the quest for spiritual enlightenment, and then worked to overcome the dominance of the self nature. This required them to embrace change; a change that radically transformed their thinking and mindset. The ancient masters were not interested in experiencing a little edifying uplift after which they would be content to resume a mundane, self-centered life. Their objective was to realize a fundamental change in the human spirit. The ancient sages laid a spiritual foundation upon which those who came after could build. It would behoove modern man to examine their teachings and benefit from their insights, and rediscover the ethos of the ancient ones.

What will you do today to infuse wisdom from the sages?