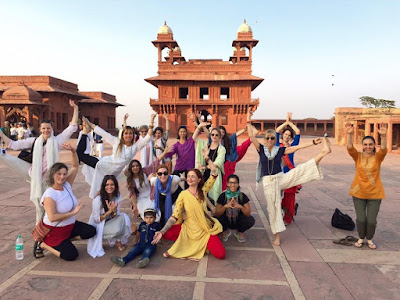 Your spirit is the Golden Key to everything. Never be swayed from your true spirituality. It is beautiful, blessed, loving, and filled with all goodness.

Carry this key with you wherever you go, press it into your chest, and feel the beauty of its essence. It is truth, love, God and all that exists. Carry this golden key of knowledge with you, knowing you can reach the heights of spirituality anytime you wish. There are no certain times of the day when you can tap into this awesome energy. God is available anytime you wish. He resides not only in you but outside you.

Fatehpur Sikri, is the palace and spiritual center built by Moghul Emperor Akbar. It represents his view of peace through unifying the religions of India. The twin villages of Fetehpur and Sikri were established as a tribute to the famous Sufi saint, Sheikh Salim Chrishti. The saint accurately predicted the birth of Emperor Abkar's much longed for son.

The palace complex combines Islamic, Hindu and Christian architecture, reflective of the religions of Abkar's three wives. Throughout Abkar's life he was exposed to texts on philosophy, history, religion and science. As a result, he instituted a highly efficient bureaucracy appointing military governors over the various religions. The result was a unification of the people of India in his empire that would survive until 1868.

Although Abkar's family was Sunni, two of his childhood tutors were Persian Shias. As an Emperor, Abkar made the Sufi concept of Sulh - e- Kuhl, or "peace to all," a founding principle of his law. This was the golden key to his success. 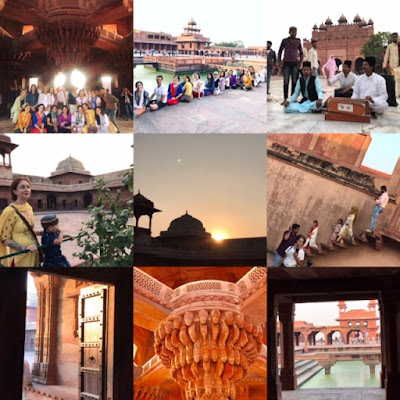 No matter what your belief system, hold firm to your spirituality. This is the key to lasting peace!